The continuation of the great experience I had on my Croatia Cruise journey through the stunning Mediterranean Sea:

A very much-loved island, Korcula is labeled as the birthplace of the famous Venetian traveler Marco Polo. This fact alone might really make you want to see it, and even if it is not a fact, the stunning architecture of the town of Korcula, its lovely waterfront and aromatic pine trees will leave any one breathless.

The walled medieval town is small and compact – it sits on an oval hump of land, ribbed with a bunch of narrow streets which makes it look like a leaf or a fishbone from above.

Despite its humble size, history wise Korcula has so much to offer its visitors: the town was more like a state within a state. With the help of our extremely enthusiastic guide we have learned so many interesting facts about how the life in this fortified town was organized. Our tour was followed up by a lazy relaxing afternoon with a glass of Cuve and picturesque sunset – a great way to enjoy the island's laid-back Mediterranean character to the full.

Just as we were about to leave Korcula we found out that our next night will be in Slano instead of Pomena in Mljet. The good news is that we are arriving to Pomena earlier than everybody else and thus will have this lovely green island to ourselves until lunchtime!

Croatia still retains some world-renowned nature zones and national parks with a wide range of wildlife. Mljet is one of them. The Mljet National Park occupies the western part of the island, with the focus being 2 picturesque lakes: Malo jezero (Small Lake) and Veliko jezero (Big Lake). Both are encircled by foot and cycle paths - bikes are a handy way to get around the forest-shrouded lakes. The trademark of the whole national park is St. Mary's island, where the Benedictines established a monastery in the twelfth century. Do not forget to hop on a boat that will take you down Veliko Jezero to this tiny islet (boat ride is included in the price of the ticket to the National park). Both lakes have salt water by the way - so swimming there was an incredibly enjoyable experience.

Now it is time to leave Mljet and finally head towards the mainland. Swimming stop near the Olipa island was incredible – the crew just nailed it when it comes to picking up the place. The greenish Laguna was completely uninhabited, with crystal clear sea and impressive sandy beach. The best swim stops so far!

The small and cozy fisher village of Slano, situated some 30 km to the north of Dubrovnik was the place where we were supposed to enjoy our Captain's dinner. The crew did a great job entertaining our small travelling company.

Slano was an agriculturally based society that supplied the whole area with the most important victuals. Nowadays it is a lovely small town with traditional stone facades, despite having been built mostly in the 20th century, they create an atmosphere of an old traditional fishing village where the time stands still.

LEADING UP TO DUBROVNIK

Croatia has a massive chain of islands along its coastline. Some of them are sprinkled around Dubrovnik, representing the Adriatic at its unspoiled, get-away-from-it-all best. The Elafite archipelago is a small collectivity of 13 islands that became a part of the Dubrovnik Republic in the fourteenth century, sharing its prosperity and later its decline. Just 3 of the islands are populated: Kolocep, Sipan and Lopud – all 3 are linked to Dubrovnik by a ferry. The island of Lopud is by far the best if you prefer sandy beaches, but Šipan is fabulous in terms of natural beauty so if you are after some peace – give it a go! The advantage of doing all those spectacular sights by boat is that you get a chance to visit secluded locations and beaches only reachable by sea.

Before docking in the harbor of Dubrovnik, our captain decided to treat us all with some stunning views of the Dubrovnik city walls by taking us right towards the Old town. No need to mention that all cities look completely different when being seen by boat and Dubrovnik was amazing – this mini cruise along the city walls was hands down one of the most memorable parts of the journey for everybody onboard.

Yes, The Game of Thrones was filmed here… But this amazing city had become a worldwide famous destination long before the show was aired. Unique history & culture of this medieval town which has tried to maintain its liberty for centuries, will not leave any one indifferent! This was the best way to complete this amazing experience through one of the most stunning natural landscapes and countries I have had the pleasure to visit over the course of my travelling career. At least once in your lifetime treat yourself with Croatia Cruise Experience.

What a great end of our journey! 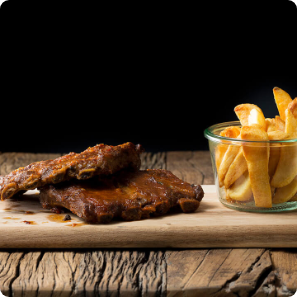 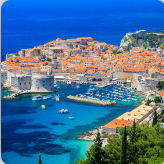 Fun Fact
Croatia has over 1,200 islands and inlets.

Fun Fact
Croatia is the home of the necktie, locally pronounced “Krovata”.
Share article
Did you find this article helpfull?
YES NO