Croatia may be known the world over as a top cruising destination but the country has a plethora of heart-pumping activities that can satisfy the thirst of the most professional of adventure junkies.

While sailing has a few peak months to avail of, the ultimate adrenaline kick can be experienced all round the year. So the next time you drop anchor in the "Pearl of the Adriatic," have a go at some of these extreme sports for a vacation to remember.

White water rafting on the river Cetina, southeast of Split and on the river Zrmanja, east of Zadr are very popular with locals and visitors alike. Floating down the rivers of Croatia, in the springtime, when the rivers are at their fastest is an exhilarating experience.

Some of the best rafting places can also be found at Omis for class 2 and 3 rapids and Karlovac which is at the confluence of four rivers and is located just 35 miles south of Dubrovnik. Here, after some fun on the water you can sample some of the produce from the Karlovacko brewery.

There are a number of places for enjoying windsurfing in Croatia but none as good as in Viganj located on the Peljesac Peninsula. This small village lies just to the north of Orebic and offers ideal wind conditions for this adventure sport all round the year.

Beginner's and first timers can take advantage of the calm conditions to practice windsurfing during the early morning hours when the winds are at their lowest speed. During the afternoon the speeds pick up to about 20 knots, which makes it suitable for advanced level windsurfers. 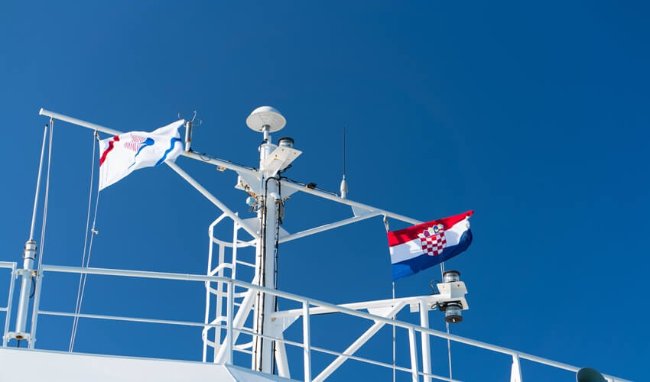 From Dubrovnik in the south to Savudrija in the north, there are some of the world's  best diving spots, especially for those who are into wreck diving, all along the coast of Croatia. The three major shipwrecks in this region are Baron Gautsch off the Rovinj coast, HMS Coriolanus near Novigrad and the 1914 wreck of the cargo steamer Lina.

When Lina sank due to heavy fog, it hit a sandy and steep seabed and it lies barely 20m below the surface. This makes this one of the most popular diving spots in Croatia, as divers can gain access to explore the many cabins and cargo decks of the beleaguered vessel.

From short gallops during the morning to spending weeks on horseback there are a plethora of activities charted out for the riding enthusiast in all parts of Croatia. In fact, it is said that the most exhilarating experience on the back of the horse can be had at Ranch Istra in Pula.

The Equestrian Club of Split offers two awesome riding experiences in the famous Plitvice National Park while the Old Mulberry Farm in Golinja, quite close to Zagreb, includes riding courses with lodging in traditional Croatian homes, supplemented by great local cuisine made fresh in the kitchen daily.

Exploring Croatia by way of the canyons is a unique way to experience this beautiful country. There are many sites to go canyoning in Croatia, but the best of the lot is the Devil's Passage in Gorski Kotar. Besides the Cetina region near Omis or the Badnjevic in Imotski also have their followers.

It is said that canyoning through the 800m long and 100m high Devil's Passage includes other inter - linked activities such as abseiling, swimming and optional water diving.

Thanks to its islands and magical beaches, Croatia is a sought after destination of Europe. This makes it a hot spot for adventure sports. So if an adrenaline  dose is what you are after, now is the time to pack your bags for a trip to this fun-filled country.

Split Airport
Fun Fact
World famous innovator Nikola Tesla has been born in Smiljan, Croatia.
Fun Fact
Croatia has over 1,200 islands and inlets.
Fun Fact
Croatia is the home of the necktie, locally pronounced “Krovata”.
Share article
Did you find this article helpfull?
YES NO